Since its inception in 1976, Noida and later its twin Greater Noida have a come a long way. Offering a perfect blend of diverse economic framework led by IT/ITeS development, the city emerged as a cost-effective alternative to Gurgaon in the NCR. However, with constant infrastructure upgrades coupled with several pro-development policies, Noida no longer holds the tag of just an alternative in NCR, but is a dominant manufacturing, commercial, retail, and IT hub.

With these positive factors at play, the real estate dynamics of Noida region are constantly being rewritten. Being touted as the next growth driver in the NCR, it has emerged as a global city. What works really well for Noida is its seamless connectivity to the Delhi NCT via roads, highways and metro. 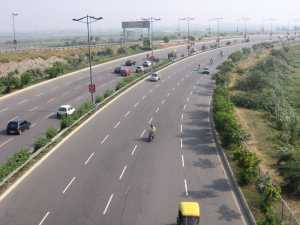 Buoyed by these factors, with 119-year-old legacy, Godrej Properties is foraying into these prominent twin cities in the NCR through residential ventures. One of the few real estate companies with a truly national footprint Godrej Properties is planning to target wider budget ranges with differentiated products at Noida-Greater Noida region. Thus, here are five factors that are primarily catalysing realty growth in the region –

Owing to its strategic location and developed infrastructure, Noida region has been constantly climbing the liveability index ladder. The twin cities boasts of excellent connectivity to Delhi via Delhi-Noida-Direct Flyway (DND) and is connected to Agra via Yamuna Expressway. Another area where Noida-Greater Noida have an edge over other cities is the planned development with clear demarcations of residential and commercial sectors. That’s not all, from eminent educational institutions to hospitals to avenues of entertainment, Noida does not disappoint on any front.

The city, today, is abuzz with employment opportunities and has grabbed the eyeballs of several multinational firms such as IBM, AON Hewitt, Fujitsu, CSC, TCS, HCL, Adobe, DELL, to name a few.

Presence of large IT parks like Logix Cyber Park, DLF IT Park and Stellar IT Park have just added more glamour to its appeal. The proactive Noida authority has allotted land of upto 3 lakh sq mt for further IT/ ITeS firms along the Noida-Greater Noida Expressway. Of this 1 lakh sq mt has been given to Infosys which is likely to employ nearly 25,000 people here. And for the media professionals, Film City is ‘the’ place.

To further enhance the liveability quotient, several infra projects are in the advance stages of development. These include extension of Dwarka-Noida City Centre metro line to Pari Chowk, elevated road from Sector 63 to NH-24, IT Knowledge Park on Yamuna Expressway, and the much-talked about Jewar Airport , among others. In September 2016 the Aviation Secretary of India, R N Choubey asked for location maps as the next requirement for approvals. The Metro development is happening at a breakneck speed and is for one to see.

Noida region is probably the most economically forward and modern regions of the largest state of India (in terms of population), Uttar Pradesh, precisely the reason that authorities are always focused at providing best environment for development in this belt.

With employment opportunities galore, housing demand has significantly scaled new heights in the last couple of years. However, the epithet of ‘affordable destination’ did not really help Noida in attracting many leading names in the industry. Until few years ago, Gurgaon, now Gurugram, used to be the hot destination for luxury properties primarily due to the presence of several MNCs and proximity to international airport. But gone are those days! Noida region today has has become a popular destination for premium and luxury housing due to supportive social and economic factors.

The development in this segment mainly comes from the increasing number of HNIs from the established IT/ITeS firms and high-ranking government servants, bureaucrats, and defence personnel. Moreover, as pointed out above the affluence of Noida attracts whos who from all northern states states to think of an address in this fast growing belt of NCR. Thus, all these factors have compelled some of the leading names in the industry like Godrej Properties to foray in this market which gives a win-win proposition to them as well as the residents in this belt of NCR.

Strategic location, excellent inter and intra-city connectivity and lavish open and green space- this is twin cities of Noida and Greater Noida for the starters. If the former scores high on the presence of IT/ITeS hubs, the latter is establishing itself as a manufacturing hub . It is a global destination for MNCs such as Escort Yamaha Motors, Honda-SIEL, Denso, Graziano Transmission, Honda Power Products Ltd, ST Micro etc.

Thrown open to public in 2011, the Buddh International Circuit placed Greater Noida on the global map. And with realistic property rates and several infra projects on the anvil, these twin cities have carved a niche for themselves in the realty map of the Delhi NCR.

With the presence of several educational institutions and IT/ITeS companies, the twin cities are today popularly known as the education-cum-employment hub. And icing on the cake is the expressway connecting these cities to other part of the NCR.

As per the latest market reports, Noida recorded a healthy office leasing activity in the first half of 2016. In fact, if we were to go by the reports, the secondary business district like Nehru Place, Saket, etc witnessed a decline in transaction activity as occupiers found cost-effective options of better quality in the peripheral markets of Noida and Greater Noida. Few of the notable developments include Zensar Technologies leasing around 12,800 sq. ft. in Green Boulevard and 1E leasing around 13,000 sq. ft. at Advant Navis Business Park.

Noida region’s realty market is also anticipating a shot in the arm with the planned industrial township in Gulistanpur under the DMIC project. This will further encourage industrial development and strengthen regions’ tag of a manufacturing city.

Noida and Greater Noida, probably, are the the only two regions in NCR with an array of pro-development policies. The authorities have been on its foot to make sure that fair treatment is meted out to home buyers.

No completion certificates to builders flouting layout plans and setting up a panel to check construction quality of the project were two notable announcements last year. The authority has been equally considerate for the builder fraternity as well. In May this year, the authority decided to give NOCs to builders on pro-data basis. Lastly, the latest exit policy that allow builders to surrender their surplus land and get the deposit back is a great move. With more cash in hand, developers can use the money to complete their existing projects.

For a player such as Godrej Properties which comes with a long history of delivery, quality and assurance, Noida the twin cities offer is both a challenge and an opportunity, for the city has had plethora of issues pertaining to project delays and violation of building norms amongst others. This is where Godrej Properties with its processes, systems and consumer focus can create a lasting impact.