Ending months of uncertainty, the Karnataka government finally passed the Real Estate (Regulation and Development) Act 2016. A statement issued by the State law minister, TB Jayachandra, read, “the rules are on the lines of Gujarat and Rajasthan, but the state has largely adopted the central law.” Though touted to be a harbinger of change for the overall realty sector, the notified rules of the Act are being largely debated by the real estate fraternity and real buyers alike.

While the Act has been welcomed by industry stalwarts, buyers, on the contrary, are not really satisfied. Few have even gone to the extent of blaming the state government for defeating the whole purpose of a law passed by the Parliament. The seriousness of the matter can be gauged by the fact that the all India chapter of Fight for RERA has decided to file a petition in the Supreme Court over the dilution of rules by the states (including Karnataka). Further, the Karnataka chapter is also planning to challenge the state government separately. In fact, there is a petition that is being widely circulated in the social media requesting the Chief Minister of Karnataka to include all ongoing projects under the ambit of RERA. 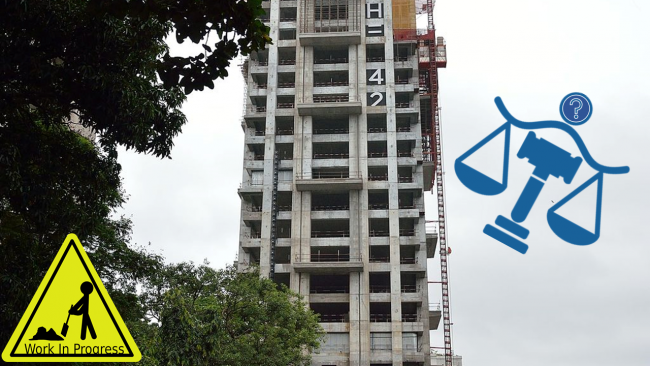 Interestingly, despite being one of the first states to notify the draft rules last year, it failed to set up a state-level regulatory authority and release the final rules within the set deadline. This resulted in denizens getting up in arms against the state government and blaming it for intentionally depriving the consumers of reaping the benefits of RERA.

The government, however, claimed that the delay was on account of ‘prolonged discussion.’ The noted members of the authorities were constantly deliberating on whether to include or exclude ongoing projects under the Act. Buoyed by this delay, thousands of home buyers were waiting with bated breath for the Act to come into place. Finally, the dust of uncertainty settled with the state cabinet passing the bill on July 5, 2017, albeit with a few changes.

First and foremost, the decision to exempt projects that have executed 60 percent of the sale deed has not gone well with the buyers. Why? Well, simply because even after the project is half completed, in many cases, the construction work proceeds at a snail’s pace. In fact, there are certain projects where construction is almost completed but the buyers have not got the possession. The move has been welcomed by the developers as they feel that had all projects come under the ambit of RERA, it would have adversely impacted the property values and construction progress.

The decision, however, raises several serious concerns. To begin with, there is no clear mechanism as to how the stage of completion of a project will be defined. Developers can potentially manipulate it in their favor as the topic is clearly subjective. Moreover, if the final decision of this determination is left to the builders, many fear that the Act will just be another useless law.

The decision has also drawn flak as aggrieved citizens strongly believe that it has been announced keeping in mind BDA and Karnataka Housing Board. Had all projects were brought under RERA, the government would have been forced to pay huge penalties to allottees in layouts such as Kempe Gowda Layout, where basic infrastructure including sanitary and water lines is a distant cry from reality.

The move is also likely to result in developers focusing more on new projects rather than the ongoing ones. The new projects will have to follow the stringent guidelines and meet the set deadlines without any fail. Thus, the chances of projects that are 60 percent completed getting delayed cannot be ruled out.

All said and done, the Act could have definitely been better and more in favor of consumers. As we wait for a Gazette Notification to be issued, let’s take solace in the words of Venkaiah Naidu, “the Real Estate Act is coming into force after a nine-year wait and marks a new beginning of a new era.”