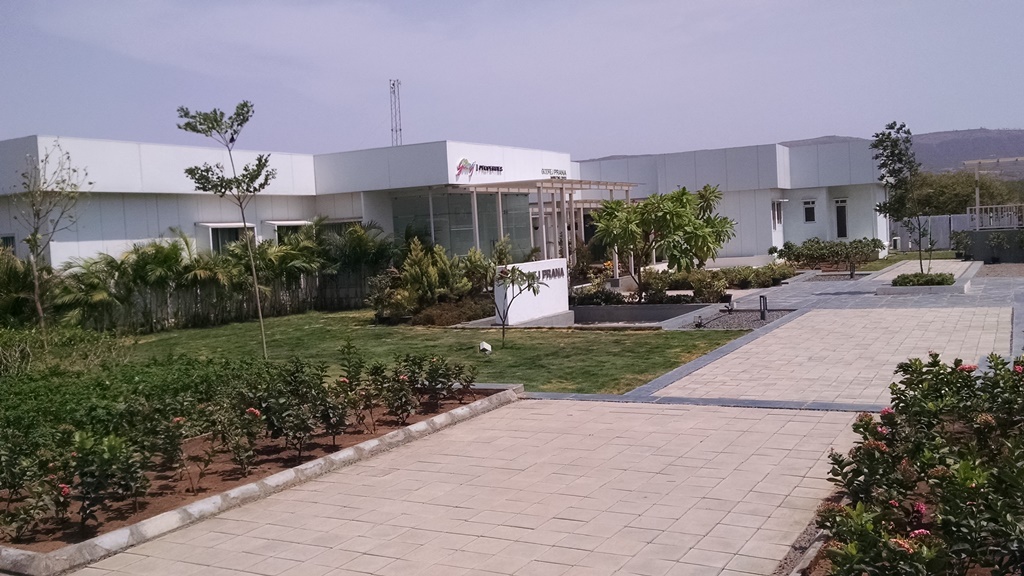 Godrej Properties Limited continues to add new feathers to its Pune cap. With its gaze firmly fixed on the emerging areas of east and south Pune, Godrej is coming up with phase 1 of Godrej Prana, its second property in Undri. Having already dipped its toes here with Godrej Horizon, Godrej has firmly established its footing with Prana, a standout project, both in terms of scale and impact.

Undri in South Pune, which was a small, sleepy village not too long back, is now a symbol of Pune’s rapid expansion and development. With rising demand for housing and better connectivity in this area, Godrej has identified Undri to lay down a marker in the Pune property market. ‘Prana’ means ‘Life’ and Godrej aims to bring this side of the work-life balance equation to fruition for residents of this society, with its comfortable and modern homes and its four lifestyle zones (Nature, Life, Joy and Zen), promising wellness and rejuvenation.

Godrej Prana is located just off the Katraj – Hadapsar bypass road and can be reached using this road. For those coming from the National Institute of Bank Management (NIBM) direction, drive down NIBM road till you hit a T-junction just before Corinthians club. Take a right from this junction and go straight till you hit the Katraj – Hadapsar bypass road and take a left. Once on the bypass, look for an arch, on which Godrej Prana is printed, on the left (if coming from Hadapsar) or right (if from Katraj) and take the road leading from the arch to arrive at the property.

Undri is expected to come under Pune Municipal Corporation (PMC) soon, boosting public transport and provision of regular water supply. Also, the proposed Pune Ring Road project will pass right next to Godrej Prana, which will directly connect residents to all parts of the city.

Undri’s proximity to Pune city and the vast unoccupied land here attracted many developers including Godrej, to come up with large modern projects, attracting a horde of customers as well as other reputed service providers.

Residents will be spoilt for choice when it comes to providing quality education for their children, with the nearby Euro School and Bishops School (both ICSE), Delhi Public School (CBSE) and RIMS International School (CBSE International) filling this need. Options for medical care, ranging from the more affordable Sahyadri Hospital & Noble Hospital (both 8.5 km) and Inamdar Hospital (9 km) to high end Ruby Hall Clinic Wanowrie (7 km), abound in the neighbourhood.

Godrej Prana will be built on a 31 acre plot in various phases. All approvals for phase 1 of this project have been received and construction is underway. This phase comprises of 7 apartment towers (A to G), along with two lifestyle zones named Joy and Zen. Apartments in tower A have already been sold out and bookings are on for apartments in other towers. Possession handover for phase 1 is expected to be completed by September 2019.

Apartments in towers D and E will be semi-furnished, while those in the other towers will be unfurnished. As a result, prices for apartments in these 2 towers are higher, starting from approximately Rs. 66.9 lakh for a 2 BHK apartment and from Rs. 89 lakh for a 3 BHK apartment. Apartments are either garden facing or partial garden facing. Phase 1 also includes construction of two lifestyle zones: Zen and Joy. These zones comprise amenities for sport, relaxation and meditation and add a nice green cover to the property.

Godrej Prana combines the benefits of a great location with comfortable homes and many useful amenities. It is Godrej Properties’ most ambitious project in this part of Pune and could help them embellish their reputation in this market (site visit report of Godrej Infinity).

Pune is splashed in the color white as Godrej Properties Limited, announced the launch of Phase 2 at the much anticipated 43 acre development – Godrej Infinity, Keshav Nagar. This comes after a year of its Phase 1 launch, apartments in which were lapped up in no time. Godrej Properties Limited, a subsidiary of the Godrej Group, has, over its 26 years of existence, successfully executed a number of residential and commercial projects across major urban centers of the country, particularly Mumbai, Pune, Gurgaon and Bangalore. And the developer is amongst the rapidly growing and most profitable ventures in this business.

Pune, known as a major automobile and manufacturing hub, has now emerged as one of India’s leading IT hubs. The most notable IT corridors in the city are the Hinjewadi and Baner in western Pune and Magarpatta City, Kharadi and Kalyani Nagar in eastern Pune. Prominent developers have come up with a number of residential projects in and around these areas and property prices here have steadily moved up. Several end users find it difficult to own property in these already established markets and are considering upcoming areas such as Wagholi and Keshav Nagar for investments. Offerings at Godrej Infinity, Keshav Nagar are generating curiosity amongst Puneiites, for it not only comes from a developer of a great repute but also the a plethora of amenities are combined with budget homes that are within reach of many.

To reach Godrej Infinity, we took the road from Kharadi to Hadapsar and, after crossing the bridge on the Mula-Mutha River, took the first left turn on to Manjari Village road. On reaching a fork on this road, we took the road on the left side and continued driving. The property is reached shortly after the Keshav Nagar bus stand.

The area is witnessing a transformation as large developers such as Godrej have acquired significant interest in this region, and rightfully so. Therefore one can expect the connectivity to improve and the approach road to be spruced up, especially because Keshav Nagar isn’t too far out of the main city. Keshav Nagar is in close proximity to Eon IT Park (5.5 km) and Zensar, Kharadi (4km) as well as to Magarpatta City (4 km) and Kalyani Nagar (6 km). The software professionals working in these business hubs are the primary target customers for this project. There are regular buses to Keshav Nagar from Pune Municipal Corporation.

Godrej, in partnership with the Corporation and certain other developers, is involved in the construction of a bridge, which shall directly connect Keshav Nagar to Kharadi. The Godrej Infinity plot is spread on both sides of the public approach road to this bridge. Once the bridge is developed one can even walk down to Kharadi from this property, as all those distances listed above will shrink significantly. One can expect an upsurge in development and property rates, analogous to that witnessed by Kalyani Nagar, once this bridge is completed.

Godrej Infinity is to come up on a 43 acre land parcel on the banks of the Mula-Mutha River, with the approach road to the proposed bridge bisecting this parcel. As of now, Phase 1 and Phase 2 of the project are under execution. Currently, excavation work has just begun on the site. The developer plans to provide possession of the apartments by September 2019.

Both Phase 1 and 2 will be on the same side of this road and will comprise of 6 towers built around a central green area. This property will have 1, 2 and 3 BHK apartments, with 3 BHK coming with two options: regular and luxury. All necessary approvals have been received for this property. Bookings for phase 1 are almost exhausted, but are open for towers 1 (Signature tower) and 3 (Eternity tower) in phase 2.

Godrej Properties boasts of an impressive portfolio of completed residential and commercial properties across Pune, such as Godrej Millennium, Godrej Castlemaine, Godrej Eternia and Godrej Sherwood. With Godrej Infinity, Keshav Nagar, it aims to build on its existing profile and target customers in an exciting and upcoming area of this major IT and industrial hub.